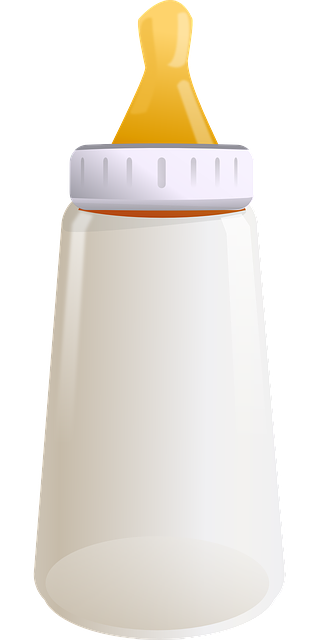 Some mothers have always had a hard time producing breast milk. Mothers with deficient diets have and continue to be especially prone to insufficient breast milk production. For most of human history this meant the baby probably would not survive. The only viable option was to find another nursing mother that would feed the baby, something that was probably tough given the conditions of the past. Around 150 years ago things began to change.

The first commercial baby food was invented by Justus von Leibig in 1869. It was a powdered formula made from potassium bicarbonate, wheat flour, and malt flour. This was then added to warmed cow’s milk. The product was widely sold in Europe. A version of the formula was sold in the US as Soluble Infant Food cost $1 a bottle in 1869.

Henri Nestlé created his own formula treating malnourished babies. By 1870 Nestle’s Infant Food was selling in the US for $.50 a bottle. Nestle’s formula was mixed with water and did not need the addition of any Cow’s milk. This made it the first complete formula. Nestle was a good marketer and was able to successfully distribute his product worldwide.

Even though those formulas were easily available in the late 1800’s the price kept most people from using them. That changed in the 1920s and 1930s, when inexpensive evaporated milk became available. Evaporated milk surpassed the commercial infant formulas in the 1930’s in terms of sales, and over half of all babies in the United States were fed this in by 1950.

Improved commercial formulas had a comeback in the 1960’s, almost completely replaced evaporated milk in the 1970’s. Only about one quarter of all mothers were breastfeeding babies since plentiful people believed these formulas had more nutritional value. Since then these formulas have been “optimized” even more.

Since then breastfeeding has made a large comeback since its nutritional value is now believed to be superior to formula, particularly during the first few months of an infant’s life. However, lack of sufficient breast milk, health problems, inadequate sucking reflex, painful nursing, lengthy mother-infant separation, work needs, all are considerations for using formula. The formulas available today are healthier than those available in the past.

Susan Warner runs Feeding Baby, where your can find out more about breastpumps, baby formula, high chairs, sippy cups, pacifiers, and just about anything related to feeding your baby.