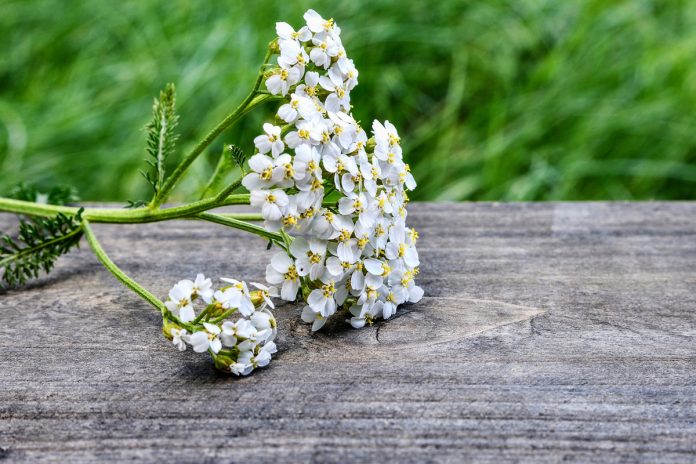 Considered an edible wild plant, yarrow is one of those medicinally beneficial plants that offers little in the way of culinary pleasures. It has a somewhat unpleasant, bitter taste (not unlike fireweed) and, unsurprisingly, was used years ago as a hops and barley substitute in beer. Yarrow can be used in soups and stews, and works well as a spice rather than a leafy green. It goes well with heavier meats such as beef and lamb, offering a taste that provides the same effect as Worcestershire sauce.

Although its culinary value is not significant, it is quite edible, and offers great nutritional benefit. Along with its nutrition, though, it contains thujone (found in wormwood and absinthe), which is considered narcotic. Yarrow contains flavonoids and terpenes in abundance, and is anti-oxidant.

Modest culinary benefit and good nutritional benefit are the two lesser properties of yarrow, however. It has an incredibly wide array of medicinal and cosmetic uses that have been relied upon for centuries. It is antiseptic, antispasmodic, astringent, carminative, diaphoretic, digestive, emmenagogue, stimulant and anti-microbial, anti-inflammatory, and antioxidant.

Yarrow is an effective aid to reduce bleeding from cuts, and to speed healing of wounds and burns. Innovative pioneers and First Nations even used yarrow to treat toothache. It is an effective treatment for relief of colds, hay fever, sinusitis and influenza. Labelled by the early English as “soldiers’ woundwort” and “carpenters’ weed,” the nicknames attest to its value as a treatment for wounds and bleeding. Because of its astringency, yarrow, as a lotion or infusion makes an excellent cosmetic aid, cleansing and toning the skin. Containing camphor and salicylic acid, yarrow can be a great pain reliever when drunk as a tea.

The wide variety of uses for yarrow extend to the garden, with yarrow being used as an accelerator for compost, and to provide valuable copper to deficient soils. As a companion plant, it boosts essential oil production in those plants, deters many insects and acts as a great repellent .

Added to water or ammonia, it can be used as a good cleaner.

Late summer and early fall are the ideal times to harvest the feathery leaves and umbrella-shaped flower or seed heads. This plant is found in wastelands around the world, and has become naturalized to North America. Like many herbs that produce quality essential oils, it appears that it is its propensity for growing in marginal locations that contribute to its oil content.

Among other interests, Robert Lee is a writer who focuses on ethical considerations in business and living life simply. He is the author of six books, including The Last Drop of Living, A Minimalist’s Guide to Living The High Life On A Low Budget; Growing Rural Business and Wild People I Have Known. His blogs include http://eatingwild.blogspot.com, as well as blogs on minimal living, living in a yurt and eco-innovations.