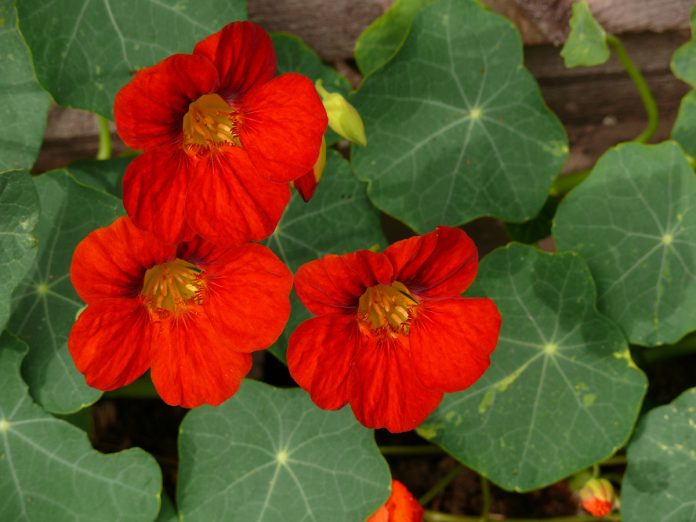 There is absolutely no doubt that some plants grow better alongside others, and the potato is no exception. While not all companion planting is based on horticultural science, there are some quite significant scientific foundations for the concept.

There are multiple reasons why certain plants do particularly well together. These reasons range from making certain plants more resistant to disease and deterring insects, to attracting insects – like ladybirds – that eat certain bugs. Some are said to improve the growth in other plants by balancing the soil, and some are said to improve the flavor of vegetables, although some claims are debatable.

By the same token, companion planting certainly isn’t a “cure all” and there are some plants that should not be grown together for a variety of reasons. One important factor is that root zones should not overlap.

Also, just as some herbs and vegetables grow best in certain climates, some companion plants are better companions in some places than they are in others.

While horseradish is the most commonly recommended companion plant for potatoes, other plants that are said to benefit the potato plant include green beans and peas, the brassicas (broccoli, Brussels sprouts, cabbage, cauliflower), corn, lovage, marjoram, marigolds, nasturtiums, parsnips, watermelon and delicate alyssum. They are also said to grow very happily alongside lettuce, radishes and green (or spring) onions.

Sweet alyssum and marigolds, specifically, attract beneficial insects and keep weeds suppressed. Alyssum also attracts beneficial wasps and acts as a living ground cover. Chemical secretions of thiopene (a known nematode repellent) from the roots of marigolds will kill root-knot nematodes or eel worm that reduce the size, quantity and quality of tubers produced. Nasturtium flowers effectively repel some beetles and aphids (which are attracted to potatoes and suck the juices from the plants). Nasturtiums also secrete oil that attracts some insects including the cabbage white moth. Although not generally recommended as companion plants, both zinnias and salvia attract ladybirds which do a great job of eating aphids and other tiny bugs. They also attract pollinators.

Beans are not demanding of nutrients in the soil and they increase the nitrogen levels, enabling potato plants to grow faster and become stronger. Particularly happy neighbors, green beans repel the Colorado potato bug from potatoes, while potatoes repel Mexican beetles from the bean plants.

Horseradish, like potatoes, does best in soil that is high in organic matter. It has won its good reputation as a companion plant for potatoes because it repels most of the bugs that attack potato plants. It is also said to encourage growth. Many horticulturists advise planting a horseradish plant at each corner of the potato patch for protection against insects in general.

Vegetables that should never be planted near to potatoes include tomatoes (which can be hosts for late blight), sunflowers, cucumber and both squash and pumpkin, celery and rosemary – because potatoes don’t do well near them, and in fact all seem to increase susceptibility of the potato to blight. The main reason these plants don’t like potatoes is because their roots release substances that stunt their growth. Fruits that make bad neighbors include apples, cherries and raspberries.

What is interesting is that corn and marigolds (which potatoes seem to like) are also said to be good companion plants for tomatoes – while of course potatoes aren’t.

Annette Welsford and Lucia Grimmer are authors of best selling books How to Grow Juicy Tasty Tomatoes and How to Grow Great Potatoes.

Lucia Grimmer is a world renowned expert in plant disease and nutrition who trains horticulturists, agronomists and professional growers. She has won awards for her technical papers and regularly conducts trials on a range of crops with the objective of improving yield and reducing disease.

Co-author Annette Welsford also has a horticultural background, however her true skills like with taking complex technical information and representing it so that even novice gardeners find it easy to understand.

Their books are considered to be the authoritative “bibles” on Growing Tomatoes and Growing Potatoes and have sold to thousands of novice and professional gardeners in 82 countries, and have been featured on TV, radio and leading gardening publications in 4 continents.