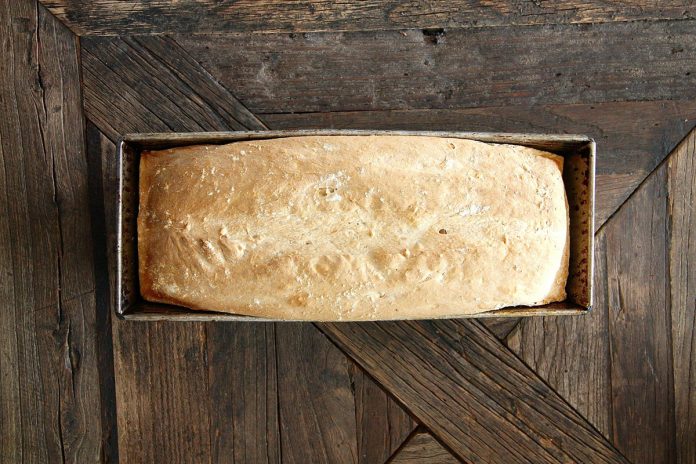 10. Always use a serrated edge to slice bread, hot or cold.

11. Cut cinnamon rolls with a thread instead of a knife. Just wrap the thread around the roll or dough and pull it through by tying a knot.

12. When a recipe calls for milk, always use powdered milk. If you use regular milk you will have to heat it to scalding and then cool it back down to warm.

13. You can add the dry yeast without dissolving it in warm water first. It works just as well. However, if you are not sure if your yeast is good, test it in the warm water first. If it foams up it is good, if not get new yeast. Nothing worse than going to all that trouble to make bread only to pull a brick out of the oven instead a lovely loaf of bread.

14. When grinding flour for breads, grind between the medium and the fine marks on the grain mills or wheat grinders.

15. When a recipe calls for oil and honey, put the oil in the measuring cup first. When you add the honey second it just slips out of the container easily.

16. One cup of whole kernels yields more than one cup of flour so be sure to measure your flour before adding it to the recipe. Remember your recipe may need more or less than what it says in the recipe. It depends on how much protein your flour has. The more protein the less flour you will need and vise versa.

17. Eggs and powdered milk added to bread allows the bread to rise higher and gives it a finer texture. The down side is it will also cause your bread to mold quicker than if just water were used. So if you do not intend to use it within three to four days, freeze it.

18. When using whole wheat, roll the dough out on an oiled surface rather than a floured surface. Floured surfaces have a tendency to retard the rising process.

Tip: The shortening for whole wheat may include beef drippings, chicken or turkey fat, oil, or bacon drippings. We do not recommend soy in any way, but it is your kitchen and your family and you have the right to make that decision. Shortening, vegetable oil, and margarine are all soy oil. The shortening and margarine are just soy oil that has been bombarded with hydrogen gas to change their molecular structure.

Little Known Fact: Shortening was first invented by the government to help fatten Turkeys. It killed the turkeys so with millions invested they had to think of another way to use it. They decided to salt it, color it and sell it as a butter substitute. Later they came out with shortening as a Lard substitute. Then they started on a campaign to convince everyone that Lard and butter were bad for you. Margarine and shortening are not food. If you can leave something out and it will not go bad and the bugs don’t want it, than neither should you.