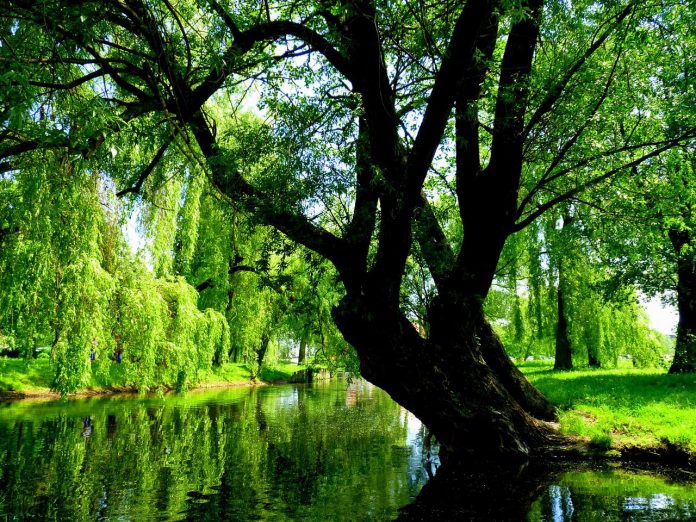 Aspirin may be a fairly modern medication, but the active principle has been used since pre-history. Salicin is found in the stately willow tree, and the inner bark has been found in many archeological sites. The first written record of its use goes back to Hippocrates, who is considered the Father of Medicine.

In 1829, scientists discovered that salicin was the pain killing part of the bark. Several scientists working separately managed to refine the salicin to salicylic acid. Unfortunately, the acid was extremely hard on the stomach. Before the product could be marketed, a buffering agent had to be added. The result is acetylsalicylic acid, or aspirin.

It must have seemed like a wonder drug when it first came out. Until then, powders or tea were the means of getting rid of a headache, and they did *not* taste good. Popping a couple of pills is a lot easier, especially on the taste buds.

Over time, other pain remedies were created, and aspirin began to lose some of its popularity. After all, it can still upset the stomach, and every time it is taken it causes the intestines to bleed. It seemed like a remedy that would slowly be left in medical history.

In the last fifteen to twenty years, however, it has once again entered the limelight. First as a preventative in cases of heart disease; as aspirin is a great blood thinner. It may prevent heart attacks and strokes, even if the person taking it has already had one. It may also help prevent some types of cancer and even a complication in pregnancy.* Recent research indicates that it may help prevent recurrence of breast cancer.

Another study looks promising for those recuperating from breaking a hip or a hip replacement. Many patients dealing with these problems develop a pulmonary embolism, which simply translated means a blood clot in the lungs. Taking aspirin may significantly reduce the risk of this sometimes fatal complication.

*Always consult your doctor before taking any herb, supplement or medication…especially if you are pregnant.