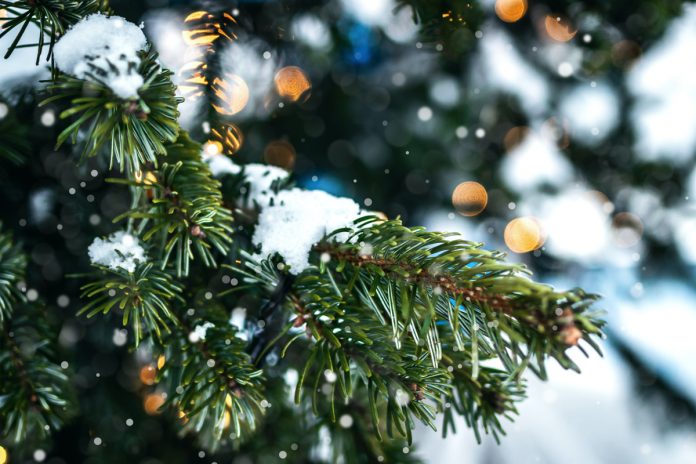 On January 20th I attended a winter wild edibles class held at Killen’s Pond. The class was instructed by a knowledgeable individual named Jeff Moore. At the very beginning of the class Jeff stressed that any attempts at gathering wild foods would be a failure if you can not determine if a plant is poisonous or not.

Consider poison ivy as it becomes a vine and travels up a tree, we have here a poisonous plant can be found in different colors while in autumn its leaves will likely turn yellow and begin to drop off. The vine will still remain and the poison will be held within that vine even if no leaves are attacked. This is a common hazardous plant which is found everywhere in Delaware and normally may have as many as 20 leaves although in the winter time its twig may be seen sticking up from the ground with no leaves the twig itself is still poisonous.

Remember “Leaves of three Let it be”

Let’s take a moment and talk about what is known as the rules of three. The rules of three is a determining factor in just how long you can live. Realistically you can live appropriately three minutes without air. We all realize air is a vital source of life. Next you can live for three hours in the woods without some sort of heat. When in a situation such as this you can help build up your body heat by placing leaves within your clothing to help conserve the heat. The homeless in the large cities usually stuff crumbled newspapers in the clothes to keep warm in the winter time.

Now we come to water. You can generally stay alive for three days without water although this time frame may vary from individual to individual. Going further down the line of necessities we encounter food. You can live only about three weeks without food.

Finally we come to one of the least understood items of our list and that is companionship. You can live only three months without companionship. It has been shown that without someone to talk to the average person will being conversations with rocks, trees and other inanimate objects after a three month period.

In the heart of winter we will find that there is not a large variety of food available in the wild. Our choices are slim and can be exceptionally boring. We quickly find that most plants have either died off or are dormant for the winter season.

In short, those plants that can be found in the woods and forest at this time of the year will be barely palatable and in fact may actually give you a stomach ache if eaten to excess. We could very well say that eating wild foods at this time of the year would be more beneficial for your moral than it would for nourishment or hunger although we can still find a few plants to supply us with some essential vitamins, carbs and fats to hold us over until we get rescued.

The following plant can be eaten without problems of any sort:

The eastern white pine is a large tree native to the eastern section of North America. It can be found from as far north as Newfoundland and as far south as the Mississippi Basin. It is also commonly called white pine, northern white pine or soft pine. Although it may prefer well-drained soil and a cool climate it can also grow in boggy areas and rocky highlands. In a mixed forest this tree will tower over all others. It provides both food and shelter for forest birds and small mammals such as squirrels.

The leaves or needles are in bundles of five with a deciduous sheath. They are flexible, bluish-green, finely serrated, and 2 – 5 inches long and persist for usually about 18 months. The cones are slender 3 – 6 inches long (rarely longer than that) and 1.5 – 2 inches broad when open and have scales with a rounded apex. The seeds are 3/16 inches long.

Eastern white pine needles contain five times the amount of Vitamin C as do lemons and make an excellent drink. The cambium of the tree is also edible. The Ojibwe Indians enjoyed the young cones in a stew with some meat. The seeds of the tree are sweet and nutritious.

One of the features offered by Mr. Moore at his training session was Pine needle Tea. For those of you who are new to this type of survival you can make a safe and simple tea from the common Pine trees which grow in the woods and forests. Pine Needle Tea has long been a favorite of traditional and indigenous peoples for not only its refreshment value but for its medicinal benefits as well.

As we mentioned above Pine Needle Tea contains five times the Vitamin C of fresh-squeezed orange juice or lemons and is high in Vitamin A. Not only does it taste good but it’s good for you also. Each pine variety has it’s own specific taste so you may wish to experiment and see which needles you like best. Always remember that while all Pines may be evergreens not all evergreens are Pines.

Start by collecting a small bundle of green needles. (A small handful will be plenty.) Remove any of the brown, papery sheaths that may remain at the base of the needles by pulling it off. You can leave them whole or you can chop the needles into small bits of about 1/4 to 1/3 inch long.

Heat a cup of water to just before its boiling point. Pour the hot water over about a tablespoon of the chopped needles. Allow to steep covered for 10 minutes and the majority of the needles have settled to the bottom of the cup. Now enjoy your tea.

With the cold and flu season approaching the Pine Needle Tea is a gift of health as well as an enjoyable experience. Since Pine is best used fresh it is a perfect excuse to get out and enjoy the change of seasons.